Xypher has one month on Earth to redeem himself through one good deed or be condemned to eternal torture in Tartarus. But redemption means little to a demigod who only wants vengeance on the one who caused his downfall.

Simone Dubois is a medical examiner with a real knack for the job. Those who are wrongfully killed appear to her and help her find the evidence the police need to convict their killers. But when a man appears and tells her that she’s more than just a psychic, she’s convinced he’s insane.

We first met Xypher in Devil May Cry where he helped Sin and Kat. For his help he is allowed to take a break from his eternal torture in Tartarus and granted a month on Earth to avenge his death and kill the woman who betrayed his trust and caused his downfall.

Hatred is your enemy. Vengeance is your friend. Hold it close and let it loose.

Simone Dubois is a medical examiner and has a special ability: she is able to see and communicate with ghosts. Her best friends are Jesse, a teenage ghost from the ’80s and Tate Bennett, a Squire and the parish coroner for New Orleans, whom we also met in the previous books by the way.

“Great history lesson on demons and their feeding habits.” Tate slapped his hands together. “So, out of curiosity, how do I write up my report? Random demon slaying? Yeah. That’s going to read real well.” He turned to Simone. “You think I can get a job as a janitor with a medical degree?”

Xypher and Simone are forced together by accident and of course they fall for each other. Rushed romance, lukewarm erotica, but the rest is pretty good.

The plot is perfect, and the Dark-Hunter world is enriched with new aspects. Many kinds of demons appear in Dream Chaser – you get a complete guide of demon races here. Just like in Kiss of the Night, where we learned that not all Daimons are evil, in Dream Chaser we get to know the Dimme demons from a very different side. Ms. Kenyon smoothly changes the basic attributes of antagonistic paranormal creatures with new information to make them likeable.

One serious problem though: the story is narrated alternately from both Simone and Xypher’s  viewpoints. Annoyingly, the POV changes from paragraph to paragraph, totally randomly, making the story fragmented and hard to follow.

Not for the romance, but for another adventure in the Dark-Hunterverse, Dream Chaser is really worth reading.

He couldn’t breathe as those words sank into his consciousness.
She thinks I’m wonderful…

See my favorite quotes on my Tumblr page,
Daily Quotes by Exina.

From New York Times bestselling author Gena Showalter comes the long-awaited story of Torin, the most dangerous Lord of the Underworld yet…

Fierce immortal warrior. Host to the demon of Disease. Torin’s every touch causes sickness and death—and a worldwide plague. Carnal pleasure is utterly forbidden, and though he has always overcome temptation with an iron will, his control is about to shatter.

And the Biggest Disappointment of the Year Award goes to… The Darkest Touch.
Or, to be precise, to Torin.

This Torin is not the Torin I got to know and fell in love with in the previous books of this marvelous series.

Eleven chapters of the book couldn’t convince me that this is the real Torin.
This Torin here, this arrogant, self-conceited, self-proclaimed badass and bloodthirsty champion of constant erection is NOT the “hero” whose story I wanted to read.

She is in constant tantrum mode, and overall very irritating. Only incoherent and vague information about her in the first half of the story. To make her enigmatic?

She was imprisoned by Cronus for centuries; maybe that’s why she has no idea how to flirt, so she simply spreads her thighs. And it works, ladies!!

In short, they are both ancient, badass, bloodthirsty beings, and they spread things. Torin spreads the plague…

… and Keeley… oh, you already know…

The Story
In the first eleven chapters almost NOTHING happens. Torin and Keeley want to get out of the Realm of Wailing Tears. It’s like a chamber drama, with only the two of them, who just talk and talk (blah blah blah), think about fucking each other, and occasionally slay insignificant tertiary characters. That’s all. Very repetitive.

So the blurb is absolutely correct and exhaustive because it is the only dilemma here: to fuck or not to fuck?

There are only a couple of pages about Cameo and Lazarus, oh, and Baden, but the rest of the Lords don’t show up (again, I read 40%).

Overall, I was super-excited about this book, but it proved to be a disappointment. Yes, I’m very upset, but I’ll survive.

Possessed by the demon of Defeat, Strider cannot lose a challenge without suffering unimaginable pain. For him, nothing stands in the way of victory. Until Kaia, an enchanting Harpy, tempts him to the razor’s edge of surrender.

He held fire in his arms and he desperately wanted to be burned.

The Darkest Surrender is the eighth installment of the Lords of the Underworld series, the story of Strider, Keeper of Defeat a.k.a. the Beautiful Moron and Kaia the Irritating Harpy Who Stole the Story of Strider.

I’m mad at Kaia because The Darkest Surrender is mainly about her. About her fatal, stupid mistake at the age of 14, about her lost reputation, her ostracism, her relationship with his mother, her struggle to gain respect of the Harpy society – by beating them bloody.

I hated the Harpy Games, even though I understand that they are for to release the steam, and to sate the Harpies’ incredible bloodlust. And for Kaia, to gain a new, cool name. But I didn’t expect that senseless, mindless carnage.

Anyway, the new characters were fun, the antagonists too, except Tabitha, whose volte-face was totally unbelievable and out of character.

I loved Strider, loved his honesty, straightforwardness, possessiveness, and protectiveness. He was cool and fun, strong and supportive. I loved to follow his slow realization of his own feelings.

Even though I don’t like Kaia very much, I have to admit the romance was nicely built. They fall in love with each other slowly but surely.

The secondary storylines and characters are amazing and intriguing, as always. 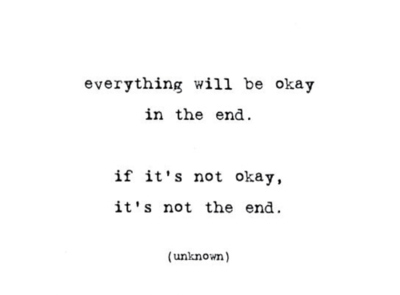 All in all
The characterization is great and the romance is engaging. The plot would have been much better if it is not only about those damn Harpy Games!

There is action and thrill, humor, and also some really beautiful moments. The erotica was pretty good too, though not the best of the series. (Oops, sorry, Strider… My heart is Paris’s…)

But Strider is awesome, and for him, The Darkest Surrender is really worth reading.